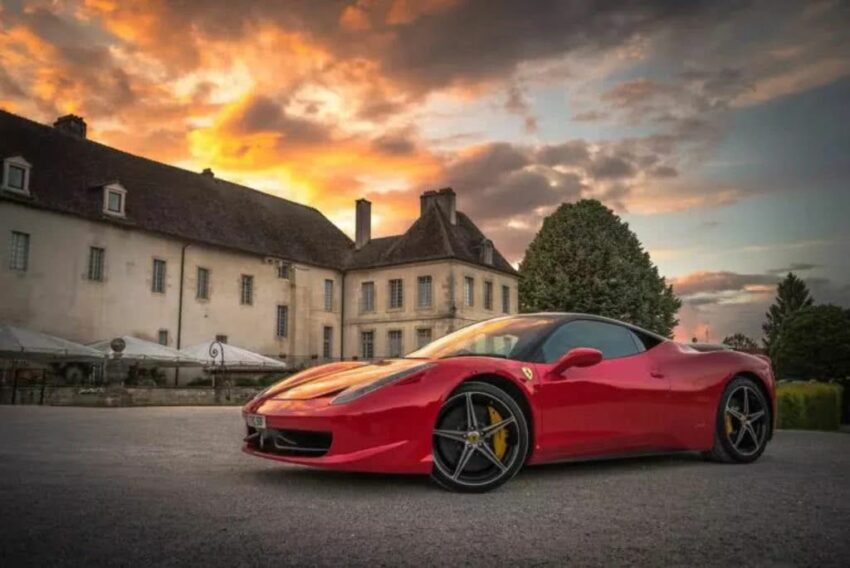 When it comes to the lottery, we’ve heard it all, from the worst to the best. We’ve seen close-knit families’ bonds fray, and issues of who deserves what has arisen as a result. Where do you want it to go? What am I supposed to do with it? On the other hand, we have seen the most admirable aspects of human nature, such as community healing, the rescue of loved ones from poverty, and the attainment of financial independence.

The recipient’s level of financial education, ability to manage their money and age all play a role in whether or not they can maintain their standard of living after winning the lottery. When confronted with life-changing opportunities, the experience can provide perspective and peace of mind that traditional book smarts may not be able to provide. It also guides decisions such as how to share your newfound success with others and how not to be too flashy, both of which younger generations may struggle with as they navigate the new financial landscape.

As a result, today we’re going to look at some of the youngest people who have ever won the lottery and see if they were able to make the most of a fortune that many others would consider a terrible misfortune!

The year 1990 was unusual for people who were about to become wealthy because of the United States Powerball. There was a run of young winners that started with Tim Schultz and lasted for a while. Tim, 21, was a struggling college student with a 9-to-5 job in a convenience store at the time. He was doing everything he could to make ends meet. Even though education was less expensive in the 1990s, it is still possible that it will not be enough to support you financially, especially when housing and textbooks are considered.

Schultz stated that he had a dream in which he won the lottery, which inspired him to try his luck with the lottery. Everyone who gets up and goes out to buy a lottery ticket probably had a dream about it the night before or, at the very least, daydreamed about it on the way there. His fantasy came true in this extremely unusual situation.

Tim Schultz, like many other lottery winners, was not immune to the ensuing legal issues. His coworker, Sarah Eldar, struck a deal with him to buy half of his lottery ticket, with the understanding that she would be entitled to half of his winnings if he won. As is often the case, financial gain was the impetus for the change in attitude. The case was heard by a judge, but the parties were able to settle their differences without the involvement of the court. Because the minimum age to play in Iowa is 21, it was obvious that the defendant was breaking the law. The terms of the out-of-court settlement are private, so all we can hope for is that she got a fair share of the pie.

Farrah Slad joined the elite group of people who have won the lottery before the age of 21. She was only awarded a paltry $150 million for her efforts in 1999, but it came just in time! She had two weeks left on her apartment lease and was in the midst of relocating and finding new housing. Her apartment lease had only two weeks left.

She spent fifteen dollars on gas to get to her family’s house for supper and the remaining five dollars on Powerball tickets when she only had twenty dollars in her wallet. It was like something out of a movie. After a few years, she looks back on her time playing the lottery with a sense of melancholy, adding that “there were many occasions when I wished I had never won at all.”

Her first purchases were automobiles, a home, and season tickets to see the Minnesota Vikings play. Slad has admitted that she has engaged in some spending that, in retrospect, may not have been the most prudent course of action. Her financial mistakes, on the other hand, are minor. Slade chose the “lump sum” option, worth $78.8 million, rather than the overall prize, which would have been paid out over a 25-year period.

Shane Missler became a millionaire for the first time after winning the Mega Millions jackpot in 2018. It was the sixth-largest jackpot prize in history, with a total pool value of $451 million. Missler was awarded approximately 282 million dollars following the conclusion of Uncle Sam’s investigation. He was just like any other kid growing up in Florida, and he probably never imagined that buying a few Quick Pick tickets at a 7-Eleven near his house would one day drastically change his life.

Shane’s name has been linked to a slew of fraudulent schemes since his victory. It hasn’t been all sunshine and rainbows since he took office, with phony tweets promising money to people who RT him and fraudulent nonprofits set up in his name. More wealth almost always brings with it new challenges. Unfortunately, this is especially true for those who win in such a public manner, especially with pageantry as spectacular as the lottery.

Shane was well aware of the dangers that come with youth and success, and he made every effort to avoid them. He decided to take matters into his own hands by enrolling in a financial management class and making it a point to invest and spend his money wisely.

The January 2016 Powerball jackpot was one of the largest in the game’s history. The machines were humming with activity as people submitted their tickets for a chance to win $1.58 billion. You and every member of your family who came after you would never have to worry about finding work again in their entire lives if you had that much money.

Frederick Walker, a 19-year-old boy from Florida, was no different from the rest of us in his desire to achieve financial stability and comfort. In 2016, he made his debut as a numbers player, and when he went to the gas station convenience store to buy a ticket, he discovered a slip with the numbers already filled in. For whatever reason, he decided that the deserted slip would serve as the foundation for his claim to fame. It was a complete and utter stroke of luck.

Given the number of players in this Powerball game, the laws of chance predicted that there would be multiple winners rather than just one. Walker still received $2 million. To say the least, a respectable rate of return!

Jay Vargas was only 19 years old when he won the Powerball in 2008. He worked in construction before winning a sum of money that would change his life forever.

Vargas possessed both an eye for the unusual and a strong entrepreneurial drive. He used his fortune to found the professional wrestling organization “Wrestilicious.” The show featured ladies dressed in very little clothing competing in a wrestling style akin to WWE. The show was a flop, and he lost a significant portion of his fortune as a result.

Charlie Lagarde bought her first lottery ticket on the occasion of her 18th birthday. I’m sure she’s disappointed that no other birthday will ever top the one she had when she turned 18 despite how fortunate she is to have won the Loto Quebec’s Gagnant à Vie!

In comparison to the extravagant spending of many previous victors, her initial outlay was modest and understated. She purchased a camera, which proved to be the first step toward realizing her dream of working as a photographer for National Geographic.

Because of the tax benefits, Charlie chose the $1,000 weekly payout over the lump sum option, which would have totaled $767,000. This decision was made following discussions with a financial expert.

Tracey Makin is the second

Tracey Makin worked as a grocery store employee prior to winning the Lucky Dip lottery in 1998. When she first won, she was under the impression that she had only won about €10! We’re relieved she decided to take a second one because it’s impossible to say where she would be right now if she hadn’t.

It is reasonable to assume that she would be in good shape whether or not she won the competition. This is because, following her windfall, she has consistently demonstrated a talent for making wise decisions. She has avoided the trappings of excessive luxury and wisely invested her money, distinguishing herself from the majority of winners. It wasn’t the money that distinguished her; it was the circumstances.

Tracey has since found a quiet office job and is steadily working toward her financial goals through various investment vehicles.

Callie Rogers is number one

Callie Rogers is the youngest person to ever win the lottery! In contrast to the person ranked second on our list, she betrayed her youth. She got right to work on blowing a lot of money and indulging in an excessive amount of life’s finer goods after receiving a cheque that she cashed, which gave her the keys to her new life.

Her spending includes a number of high-end sports cars, plastic surgery, cocaine purchases, and outfits. She is estimated to have spent approximately 646,500 pounds on extracurricular activities that either lose value or provide no financial return at all. 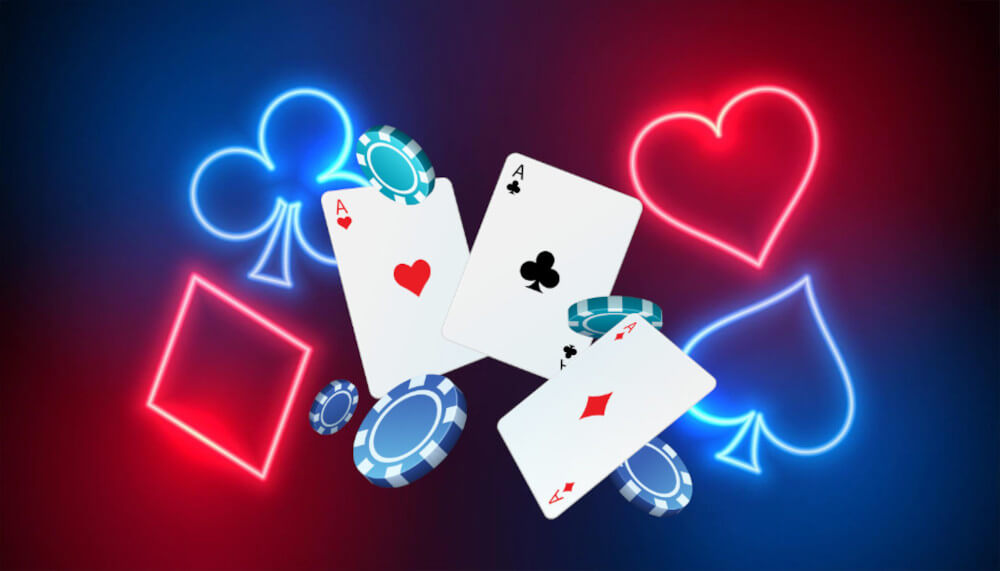 Since the years she spent with her friends and family celebrating her sudden wealth, she has faced adversity and grown as a result of the lessons she has learned from her mistakes. Despite having only £2,000 in her bank account in 2013, she reported that she was happier than she had ever been. It was the money that allowed her to learn these one-of-a-kind and invaluable lessons, and the fact that she was able to do so is priceless.