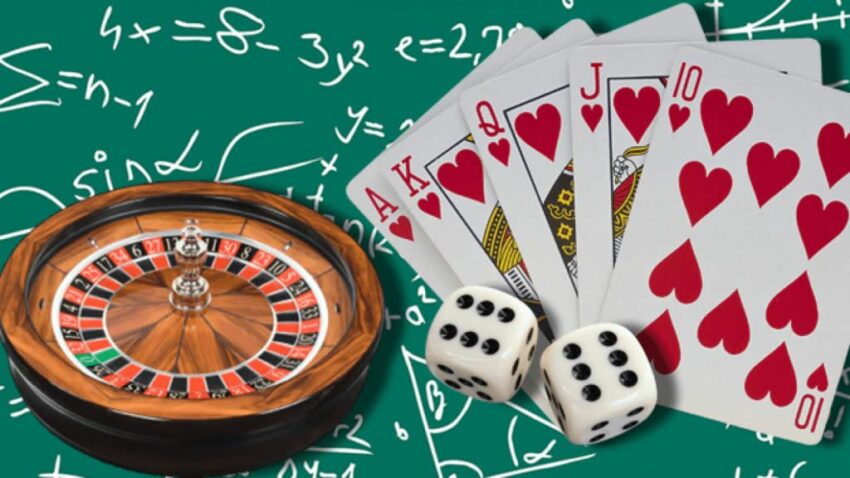 In roughly ten years since the introduction of websites offering online gambling options, the political climate has changed dramatically. In today’s world, several nations are individually responsible for gaming legislation within their borders. As a result, the legal systems of various nations, and even more so between continents, can differ greatly from one another.

In Europe, there is gambling legislation

It is generally permitted to place bets both online and at physical bookmakers, and the markets are highly regulated. Italy, Germany, France, and Spain, as well as the United Kingdom, have the highest gross gambling revenue, even though the UK is no longer a member of the European Union.

Africa has a large population of online gamblers due to its more than 1.3 billion people and 50 countries. The rapid expansion of mobile internet connectivity has been a driving force behind the development of this region’s iGaming market, with sports betting reportedly becoming increasingly popular among African gamers.

South Africa and Kenya are two countries that have successfully regulated their gambling industries, but there are many more that have not. As a result, a large number of players have registered with offshore bookmakers who are not permitted to operate in the country.

Given that Asia is home to such a large proportion of the world’s population and a diverse range of nations, it should come as no surprise that the rules governing gambling in Asia are extremely diverse. Even though most countries prohibit residents from placing bets with offshore companies, the growth of the iGaming industry in this region has been largely fueled by the widespread proliferation of mobile devices, particularly smartphones, and rising internet penetration rates. Many of the countries that have legalized gambling require players to place their bets within their own country. It is worth noting that many European gamblers have recently migrated to Asian bookmakers to take advantage of the lack of stringent laws in place.

South America, with a population of over 410 million people, has been identified as a market with enormous potential for online gaming. This is made possible by the fact that several South American countries have already legalized or are in the process of legalizing gambling. In recent years, gambling laws in this region have been all over the place, with some countries outright prohibiting it, such as Brazil, while others, such as Argentina, Colombia, and Uruguay, have developed a much friendlier attitude toward it – a sign of things to come. While some countries, such as Brazil, have outright banned gambling, others, such as Colombia and Uruguay, have embraced it.

The Gambling Legal System in the United States

The federal government of the United States allows gambling, but the legal status of the activity varies from state to state. Since the Supreme Court overturned the federal ban on sports betting in 2018, there has been an increase in the number of online sports betting sites and online casino games.

Gambling legislation in both Australia and New Zealand

In Australia, gambling regulations can be somewhat perplexing, as some forms of wagering are considered legal while others are prohibited. However, gamers are not restricted from using sites located outside of Australia, so Australians can continue to wager on whatever they want.

This new New Zealand legislation governing online gambling is far less complicated. The law allows New Zealanders to participate in a variety of gambling activities that take place on offshore sites. Lotteries, internet casinos, and sports betting are examples of these activities.

Licenses to Bet Throughout the World

Before they can begin selling their services to players, an operator must obtain a gaming license from the licensing body of the region in which they wish to establish their business. These licenses are issued by a variety of regulatory agencies, which are also responsible for establishing regulatory standards, as well as providing tax breaks, and facilitating entry into new markets.

The UK Gambling Commission (UKGC) was established in 2007 with the mission of regulating and supervising all gambling-related activity in the UK. Today, the UKGC regulates over 200 online casinos and 800 sportsbooks. Because of the high tax rates, obtaining this license is one of the most difficult aspects of the process, but the United Kingdom Gambling Commission license is widely regarded as one of the best indicators of an operator’s safety and trustworthiness.

Malta’s regulatory authority was among the first in Europe to oversee online gambling companies, and the country is widely regarded as the epicenter of the online gaming industry. Because the MGA is well-known for imposing stringent requirements on licensees, it has earned widespread respect in the industry. When compared to other regulatory agencies, it charges significantly higher fees for the various types of gaming activity licenses it grants.

The Gibraltar Gaming Commission is one of the gaming regulatory authorities with the longest history. It presents a particularly appealing opportunity for many businesses that run online gaming sites because it does not implement VAT and has very low tax rates. However, obtaining such a license is a difficult task due to the numerous conditions that must be met as well as the lengthy period spent waiting for a decision (3 months on average). As a result, new businesses that are just getting started are often forced to look elsewhere for funding.

The Isle of Man’s Commission for Gambling Supervision

Despite having relatively low tax rates, the Isle of Man gambling license is highly regarded. As a result of the Isle of Man Gambling Supervision Commission’s unwavering commitment to the safety of players, particularly young people, the standards in place are extremely stringent.

Curacao’s casino sector, which is located on a relatively small island off the coast of Venezuela, has been rapidly expanding since 1996. The Curacao license is a popular online gaming license because of its low fee, extremely short waiting time, and simple application procedure. Because of these factors, it is not regarded as trustworthy as the other regulating bodies on this list, particularly because the Curacao gaming commission is known for taking a hands-off approach to player issues.