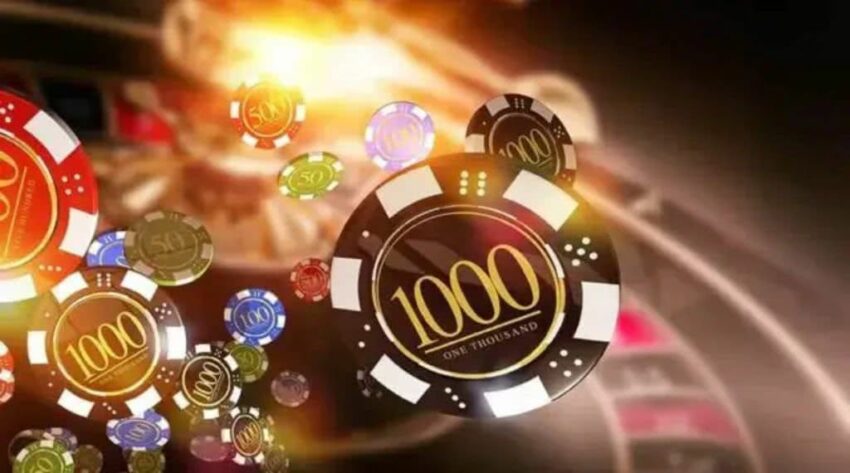 In April 2022, the Ghana Revenue Authority (GRA) intends to begin collecting taxes on electronic commerce, gaming, and bets. At this time, the Gaming Commission has accepted 33 properly registered sports betting enterprises, and the country has 8 authorized casinos.

According to Dr. Martin Yamborigya, Assistant Commissioner of the GRA, as reported by pulse; the activities of gaming and betting companies have increased over the years, and as a result, their operations needed to be taxed because they are expected to contribute to the government’s revenue. They are coordinating their efforts with the Ghana Gaming Commission as well as gaming and betting companies to ensure that the appropriate taxes are paid.

The GRA Commissioner-General, Rev. Dr. Ammishaddai Owusu-Amoah, has stated that the Authority will be aggressive in its pursuit of e-commerce companies in terms of taxation. He did, however, assure that the implementation of these taxes, along with digitization initiatives and the introduction of an electronic transaction levy, would aid efforts to meet the revenue target of $10.7 billion (or 80.3 billion yen) for 2022.

Tier-one provider PMU has partnered with the Senegalese National Lottery (Lonase) to allow Senegalese bettors to wager on the same horse races and receive the same payouts as PMU’s French customers. Honore’s innovative platform and sportsbook offerings make this possible. Honore Gaming has established itself as the leading provider of turnkey sportsbook solutions to operators targeting French-speaking countries in Africa’s rapidly expanding market.

Its omnichannel system includes both offline and online sales channels, as well as a powerful back office from which operators can monitor and control all activity. Its platform is also completely customizable, ensuring that operators not only meet the specific needs of players in the gaming market but also differentiate themselves from their competitors.

As proposed in their Financial Bill of 2022, the Kenyan Treasury intends to raise the rate of the digital tax service (DST), which is currently 1.5 percent of the gross value of online transactions conducted by international technology behemoths, to 3 percent beginning in the fiscal year beginning in July 2022. The current interest rate is 1.5 percent.

In a highly digitalized global economy, the Kenya Revenue Authority (KRA) has identified foreign companies such as Amazon, Netflix, Twitter, and PayPal as significant drivers of tax receipts, generating income in Kenya through digital marketplaces — selling exclusively online or providing platforms for such transactions. In Kenya, these businesses make money by selling exclusively online or by providing platforms for such transactions.

The Kenya Revenue Authority (KRA) estimates that foreign companies operating in Kenya’s digital marketplace will earn approximately 926 billion Kenyan Shillings in total gross revenue. The levy, which is paid on foreign businesses and applies only to those types of products, applies to e-books, movies, music, games, and other forms of digital content.

Kenya, along with Nigeria, Pakistan, and Sri Lanka, were among the countries that did not sign on to the Organization for Economic Cooperation and Development (OECD) Agreement to implement a 15% global minimum corporate tax.

Kenya first implemented its digital service tax (DST) in January 2021, with the intention of taxing both resident and non-resident businesses that sold their wares online. The law was later amended to apply only to non-resident businesses operating outside of Kenya. Their refusal to vote in favor of the corporate tax agreement could be due to the fact that some of the deal’s terms are contradictory, forcing them to abandon DST. This is the basis for their opposition.

Members of Uganda’s Committee on Finance, which is located in Africa, have reportedly requested that daytime sports betting be made illegal, according to various Ugandan media outlets. They believe that sportsbooks’ operations should be conducted on a part-time basis, beginning at 5 p.m. and ending around 2 a.m. According to legislators who are concerned about the issue, this will make young people more productive and prevent them from betting as early as 10 a.m.

Some legislators are concerned that the proposal will have a negative impact on the gambling industry. They believe this because the times of events that can be bet on vary around the world, which is primarily due to time differences between different parts of the world. According to the report, limiting time does not imply limiting interest; rather, it merely shortens it, and it may have a negative impact on family life because people who bet will forgo time with their families in the evenings in favor of time spent betting.

There is also the issue of rule enforcement. Attempting to limit the times and dates on which bookmakers can accept bets would be a huge and potentially insurmountable challenge.

The Lotteries and Gaming Regulatory Board (LGRB), which regulates gambling in Uganda, is looking into a number of issues, one of which is time constraints. According to Denis Ngabirano, the LGRB’s Chief Executive Officer, who appears to support the proposal, the Commission is currently working on new rules and regulations that will hopefully clean up their gaming industry, and one of the issues they intend to amend is playtime. Denis Ngabirano appears to be in favor of the proposal.

LGRB requested an additional US$567,000 in order to incorporate an electronic monitoring system into the legal betting business. This would contribute to increased government revenue as well as the prevention of money laundering.

Tanzania’s gaming industry has grown tremendously and has firmly established itself as a significant industry that contributes significantly to the country’s GDP (GDP).

Sports betting in Tanzania has surpassed retail casinos as the country’s primary form of gambling in terms of gross gaming revenue as of 2022, surpassing retail casinos as the previous industry leader (GGR). Sports betting generated more than TZS 72 billion in gross wagering revenue (GGR) in the fiscal year 2021/2022, while gaming tax revenue was around TZS 20 billion.

This explosive growth can be directly attributed to the high level of mobile and internet penetration, as well as the widespread use of mobile money services. The rise in the number of young people in the population has also aided the sector’s expansion.

As more operators integrate online casinos into their platforms and more players become accustomed to online gaming, gross gaming revenue for the country’s online casinos has increased by 97 percent year on year, reaching a total of 13.8 billion Tanzanian shillings (TZS). Recent technological advancements and widespread use of mobile phones may also be contributing to the meteoric rise in the popularity of online casinos.

The number of Tanzanians who use the internet has steadily increased, from seven million in 2012 to more than 45 million by 2022. Tanzania is expected to have a 66 percent internet penetration rate in the month of December 2022. Because of the increase in the number of people using the internet in the United States, gaming companies that offer their services online have a larger pool of potential customers to draw from.

Gambia passed a law in 2015 that prohibited all forms and types of gaming. However, casinos, lotteries, and betting centers all resumed operations in Gambia in 2017 as a result of President Adama Barrow’s “decree” lifting the ban on gambling.

Because no explicit legislation was passed after the ban was lifted, the vast majority of forms of online gambling are unregulated. However, due to the broad definition of “betting” that includes both traditional land-based casinos and their online counterparts, online sports betting is considered legal.

The Gambia Revenue Authority is the government agency in charge of enforcing Gambia’s gambling laws now that it has been legalized. This organization is in charge of both monitoring the operations of gambling-related businesses and issuing licenses to those businesses.