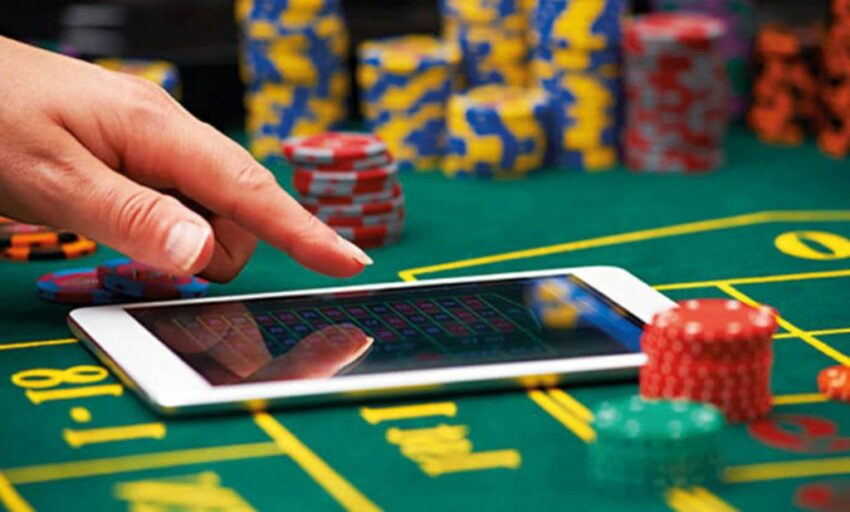 Gambling at online casinos is a large industry that operates in every region of the world. The “desktop” online market, which can be accessed with a portable computer like a laptop or a desktop computer, is the most significant part of this company’s operations. In spite of this, the overall number of individuals gambling online via desktop computers is on the decline, whilst the number of people gambling via mobile devices is on the rise. It is almost inevitable that the mobile casino platform will overtake its predecessors that were played online within the next few years in terms of popularity. If this is the case, then why are people playing games on their mobile devices at such an alarmingly high rate these days?

Previously, Flash was used to code a large portion of the software for online casinos. The app did not function properly on mobile devices running Android and iOS operating systems. As a result of this limitation, players were unable to play their preferred game titles on their mobile phones. HTML5, the industry’s current standard, has largely replaced Flash. Software developers can now create games that are compatible with both mobile devices and desktop computers.

It’s not difficult at all. Mobile device capabilities continue to improve with each passing year. The majority of our smartphones and tablets have the processing power to play games with high-definition 3D graphics, and some even support virtual reality.

This means that the vast majority of mobile phones and other mobile devices can run any game offered by an online casino without sacrificing graphics or features. In fact, many casino software developers are now able to migrate the desktop version of their game directly to mobile without having to make any changes to the game.

Websites were built for PCs a few years ago and did not function well on mobile devices as a result of this design choice. When you loaded a website, it was not uncommon for things to not work properly on your mobile screen. In today’s world, “mobile-first” policies are becoming more common among software vendors. This ensures that modern websites will work flawlessly on all mobile operating systems.

A website takes far less time and money to create than an application. As a result, the software engineers have more time to devote to optimizing the site, which allows them to more easily implement updates and add new features.

Another advantage that websites provide is the ease with which users can connect to the internet and begin playing their favorite game titles. It is not necessary to visit an app store to download the application; instead, simply open your web browser and navigate to the site. If you like to keep things interesting by visiting a different online casino every week, this is probably the best option for you.

You must first download an app to your mobile device before you can bet using it. Only then can you begin to play. This suggests that getting started may necessitate a few minutes of preparation. Before you do that, read the user reviews and comments, as well as the app’s description. This information can help you decide whether or not it’s worthwhile to download the app.

Because the app was specifically created and optimized for your mobile device, you can expect the gameplay to be more fluid and faster than it is on the internet version of the game. They also make use of a large number of mobile-friendly motions, such as swiping and tapping. This could result in a more intuitive and immersive gambling experience. You will have access to a plethora of casino games that support multiplayer play, which means you will be able to compete against your friends.

One disadvantage of using mobile applications is that they may contain bugs that must be fixed, and you will almost certainly need to update the app on a regular basis. This can be aggravating when you’re eager to get on the internet and play. Furthermore, if your device is full, you will most likely need to manage the available space. However, your gaming experience can be enhanced by using constant updates because developers can add new features.

What about the differences between Apple’s iOS and Google’s Android? Numerous casino apps are available for download from both the Android and Apple app stores. Android’s policy on the use of apps that facilitate real-money gambling was changed a few years ago, despite the fact that such apps were previously prohibited. At this point, neither side has a competitive advantage. As a result, everything is now a matter of personal preference.

The gambling industry has come a long way from the days of the classic online casino, and there are now hundreds of different apps competing for the attention of clients in the market.

Which of the following approaches of playing casino games on a mobile device is considered to be the superior option? It is possible that you would profit from trying out several websites in the meanwhile rather than procrastinating if you are having difficulties picking which casino to use. If this is the case, you should attempt to avoid postponing. Even if you already have a go-to gaming experience, there’s no harm in trying out a new app to determine what kind of interactive entertainment you enjoy the most. After all, if you’re going to be gambling with real money, you want to make sure that you’re not going to be uncomfortable and that you’re going to derive as much pleasure as you can from the experience